Covid-19 has hit us hard in church. One of our elders, Edwin Stanley, caught it and died. To me he’s not just a fellow elder, he’s also family, my wife’s cousin, and the two of them have always been close. In fact, he officiated at our wedding 40 years ago and his two older boys were our pageboys. I think they prefer not to be reminded of that too often! 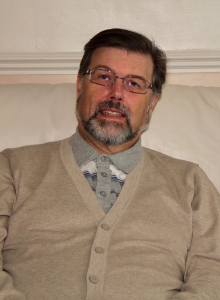 Edwin, it has to be said, did not have an easy life. He lost his father at an early age and as a child was hospitalised for about two years. In adult life he underwent surgery to have a kidney removed, he suffered with chronic heart disease, and more recently he has been fighting cancer. It was affecting his lungs, existing kidney, bowel and neck. That’s pretty tough isn’t it? Through it all Edwin has displayed a strong faith that he has had from an early age. You might wonder why? Why would anyone worship a God who has allowed him to endure so much suffering?

The thing is, Christians aren’t immune from suffering. What happens to everyone else happens to us too. Can you imagine if it was different?  If God protected Christians from pain the whole world would become Christian, but most of us for the wrong reason and that would be no good. It would be a selfish response and we would not be the kind of people God wants to serve Him. God wants worshippers who understand the sacrifice He made for them and choose to serve out of love. So he doesn’t remove us from the world’s pain, rather He helps us to live with it, and through it. You’ll have to take my word for it if you don’t claim to be a Christian, but in so doing, in enduring pain with Jesus at our side, our Christian character is developed and we become the people God wants us to be, people who serve him because we love him.

Edwin lived with his trials and became a fine Christian man. He was blessed with a loving wife and three sons who gave him six wonderful grandchildren. Some years ago he was called of God to leave his employment and work full time in Christian ministry, where he travelled extensively and made many friends. Edwin would never have described his life as a difficult one, but one filled with blessing. His travelling was eventually curtailed by his health, and need to look after elderly in-laws, which he and his wife did for some years, but he remained active in Aberkenfig and South Wales. Some will know him from attending Coffee Corner, some from special meetings held at church where he spoke, some from JAM Café and yet others from Camp. He was a leader at Girls’ Camp for some years and when girls and boys camps combined he was the spiritual leader at the mixed Camp.

Edwin loved the Lord Jesus, and did so for most of his life. His faith never wavered through all the difficulties of childhood and adult life. He knew that the One who allowed his suffering had himself suffered far more. God, in Jesus, died upon a cross to take the punishment for sin.(1) Edwin knew that, gave his life to the Lord Jesus and dedicated it to serving him, which he did faithfully. He knew, about his own trials, what the Bible tells us, “We know that God is always at work for the good of everyone who loves him.”(2)

If Edwin could do it, he’d be speaking to you right now, telling you not to let the troubles of this world overwhelm you, but to put your faith in Jesus Christ, the Son of God. It’s a message he preached so many times. Maybe he still is? It’s said about one Bible character that “even though he is now dead, his faith still speaks for him.”(3) Maybe that’s true of Edwin right now. Maybe his faith is speaking to you. If so, give your heart and life to the Lord Jesus. Get in touch with us to tell us, and allow us to help you grow in the Christian faith. We’d love to have the opportunity.